Andrew "Andy" Cadiff born May 27, 1955 in New York City[1]) directed "So Help Me God" in Season 2 and "Glitter Rock" and "A Hunting We Will Go" in Season 3. A film and television director, producer as well theatre director,[2] Andy has directed episodes of a number of notable television series including Home Improvement, Spin City, My Wife and Kids, Growing Pains, According to Jim, The War at Home, The King of Queens, Rules of Engagement, Anger Management and Quintuplets.[3]

He also directed the films Leave It to Beaver (1997), his theatrical film directing debut, and Chasing Liberty (2004), starring Mandy Moore.[3]

Cadiff married actress Susan Diol in 2003, they divorced in 2010. He is a graduate of Harvard University.[2] 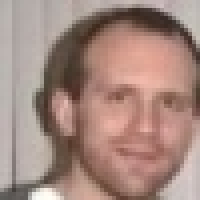