Miss Deep South was the sixth episode in Season 3 of Quantum Leap, also the 37th overall episode in the series. Written by Tommy Thompson, the episode, which was directed by Christopher T. Welch, originally aired on NBC-TV on November 2, 1990.

Sam leaps into June 7, 1958 and into the life of Darlene Monte (played by Theresa Ring), a beauty queen on her way to the Miss Deep South Contest. Sam must prevent another contestant from dropping out of the pageant while attempting to maintain third place for Darlene.

Sam leaps into a girl called Darlene about to board a bus. He meets Darlene's mother, who wishes him luck and gives Sam a tiara and a sash reading "Miss Sugar Belle", making Sam realize he's on his way to a beauty contest. Sam arrives at the 35th Miss Deep South pageant, which is being held in a hotel, and meets Peg Myers (Nancy Stafford), the Pageant Coordinator and Miss Deep South 1946, who promptly tells Sam that he walks like a man. After a failed attempt to walk with more grace, Miss Myers leaves Sam to ponder the "step and glide". He looks into a mirror in the hotel lobby and sees a pretty, young brunette. Sam is then nearly knocked over by Connie Duncan (Heather McAdam), Miss Corn Muffin, a blond farm girl from Buford City. She recites her "what it means to become Miss Deep South" in front of Sam, who smiles politely. Sam and Connie meet Clint Beaumont (David Allen Brooks), the Pageant photographer. He flirts with Connie and asks if she's ever done any modeling. She says no but expresses a desire to do modeling. He hints that her wish may come true.

Orientation begins and Miss Myers welcomes the girls by saying each girl brings "something unique to the pageant". Al appears and says "Yeah. Like jockey shorts." Al gives Sam the facts about his leap and says that Darlene finishes third. Sam expresses a desire to leap as soon as possible. Al leaves to try to gather more data and "speed up Ziggy". He suggests that Sam smiles. Miss Myers, seeing Sam talking to thin air, asks him to describe what becoming Miss Deep South means to him. Sam stumbles his way through his answer. Backed into a corner, he steals Connie's answer saying "it would be an honor and a privilege" to become Miss Deep South. He apologizes to Connie, who is now his new roommate for the duration of the pageant.

Connie is impressed by the quality of her lodgings and marvels at the television set. Sam asks Connie about her motives to compete in the pageant. She says she has dreamed of being on TV or in the movies ever since being in a high school production of "Our Town". She says she doesn't want the world to pass her by.

Connie begins to change into her formal in front of Sam. Al returns and attempts to watch Connie change. A horrified Sam blocks Al's view, to which Al calls him a prude and they take their conversation into the bathroom. Though he is still sketchy on the details, Al reports that Ziggy says that Connie doesn't finish the contest and she disappears.

Sam and the other contestants practice the dance number for the pageant, each in hoop skirts. Sam stumbles through the dance steps and has a difficult time with his introduction. Miss Myers, frustrated with Sam's lack of poise, dismisses the girls to change for their pre-pageant interviews. Al appears and mocks Sam's hoop skirt get-up. Connie tries to encourage Sam, but leaves for an appointment with Beaumont, who claims to have connections to Hollywood. Al reveals that a nude picture of Connie appears in a calendar a month after the pageant.

Once she realizes what the photos are for, Connie drops out of the pageant in shame. Sam suggests that he just stick with Connie to prevent her from ruining her life so he can leap out, however it turn out to not be that simple as there's a second part to the leap; in the original history, Darlene placed third and used the prize money to go to college after which she became one of the first female cardiologists. Therefore, as well as saving Connie, Sam must ensure he manages to still place at least third in the contest

Back in Sam and Connie's hotel room, Connie buzzes happily about her impending appointment and her dreams of making it big. Sam attempts to talk her out of going to Beaumont's room, but she storms out. Sam follows her down the hall and bumps into Miss Myers, who reminds Sam of his pre-pageant interview. The interview goes fairly smoothly, although Sam balks at being asked for his measurements.

Connie meets with Beaumont in his room. He hints that she needs to loosen up and “help him out” in order for her photos to make it. She initially resists but he persuades her to pose nude by claiming hundreds of other girls would pose for him if she wouldn't. He also says “I won’t shoot anything that would embarrass [her]”.

Meanwhile, Sam performs Cuanto le Gusta in a pre-pageant rehearsal wearing a Carmen Miranda-like outfit, complete with a huge fruit hat. Al feeds him the lyrics and dances with him on stage. Miss Myers cuts Sam performance short, politely but firmly. Sam tells Al in the elevator it was “the most humiliating experience of [his] life”. Al gets distracted by a cute blond that boards the elevator after Sam and follows her to the lobby, leaving Sam. Sam returns to his room and finds Connie sitting in the shower rocking back and forth and crying.

After Connie calms down, she tells Sam that even though he "didn't get his way" she still feels dirty. She figures her only option is to leave the pageant. Sam says he'll get the pictures back but only if she'll stay in the pageant. Miss Myers comes to the room to chide Connie for her absence at the talent rehearsal and to remind Sam of the photo shoot by the pool. Connie gets out of the shoot by claiming illness.

Sam shows up in a swimsuit and heels to the shoot. After several group shots, Beaumont hits on Sam, much to Sam's disgust. Sam confronts Beaumont about taking advantage of Connie and attempts to take his bag of film. Miss Myers, seeing the commotion, takes charge of the bag, at Sam's behest. Unfortunately, Miss Myers says that the contestant on the film will be disqualified.

Connie begins to storm out of the hotel, citing that at least Beaumont won't hurt anyone else. Al points out that Beaumont has picked another girl to photograph. Sam leaves Al with Connie and tries to convince Miss Myers to give Connie another chance. She refuses, claiming that Connie went along with it. Sam puts two and two together and realizes that Miss Myers was taken advantage of by Beaumont as well. Miss Myers bursts into tears saying that he said “I won’t shoot anything that would embarrass [her]".

Connie confronts Beaumont and says at least he doesn't have her pictures. But Beaumont does have the film and suggests having a drink in his room in exchange for the pictures. Al warns Sam, who is still with Miss Myers of the danger Connie is in. Sam rushes to Beaumont's room and throws several punches before hanging Beaumont out of the window by his legs to get the location of the film. Connie grabs the film and Sam pulls the Beaumont back in and he and Connie and exposes, therefore ruining, the film. Miss Myers fires Beaumont and informs Connie that she is still in the pageant.

Sam, much to his dismay, has still not leaped even after helping Connie get back into the competition. He waits nervously in the wings of the stage in his Carmen Miranda outfit. Al informs him that he is holding on to fourth place, which causes Sam to change his talent from Cuanto le Gusta to a raucous rendition of “Great Balls of Fire”, which electrifies the crowd and the judges. The judges reach a decision and Sam doesn't place third as he expects. As Sam despairs that he's cost Darlene her bright future, Al reassures him and tells him that Connie returns home and leads a good life by starting a community theatre group. Just then Sam and Al are astounded when they hear that Sam has managed to win the whole competition. Sam is presented with his tiara, flowers and cape and is led down the catwalk to the huge applause of the audience. As he enjoys the atmosphere, Al suddenly notices that Sam is crying. When Al questions if he is ok, Sam responds that he wishes his sister could be there to see it. On that note, Sam leaps. 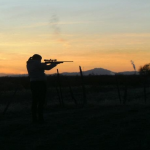