Trilogy Part II: For Your Love was the ninth episode in Season 5 of Quantum Leap, also the 84th overall series episode. Written by Deborah Pratt, the episode, which was directed by James Whitmore, Jr., originally aired on NBC-TV on November 24, 1992 along with "Trilogy Part III: The Last Door" as a special two hour episode.

Sam again leaps into the life of Abigail Fuller... this time as her soon-to-be husband Will Kinman (leapee played by Travis Fine). Sam begins to fall for her himself, but a lynch mob led by Leta Aider may hang her if Sam doesn't find the runaway child Abagail was babysitting.

June 14, 1966: Sam now leaps some 11 years into the future into the body of Will Kinman, whom he had met as Sheriff Clayton Fuller, Abigail's father, in Pottersville, LA, back in 1955. Will was a teenager, age 17, when Sam occupied Sheriff Clayton Fuller's body in a police interview concerning the death of 12 year old Violet Adler. Her mother, Leta Aider, had accused his soon to-be bride Abigail, then 12, for what was her daughter's accidental death in 1955. In 1966, Will is now 27 years old, and now engaged to marry a now 21 year-old Abigail Fuller (played by Melora Hardin).

As Will is now a Deputy Sheriff and about to marry Abigail, Don "Purvis" Takins, the young boy Abigail babysat the previous evening has gone missing. She has no idea what may have happened to the lad but a mob mentality is beginning to take hold with Leta Aider (Mary Gordon Murray), who still blames Abigail for the death of her daughter and her husband, leading the charge. Al tells Sam that unless he can stop it, the mob will attempt to hang Abigail in the town square that night, where she will be shot in the back and die. 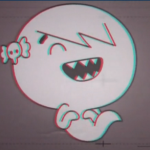